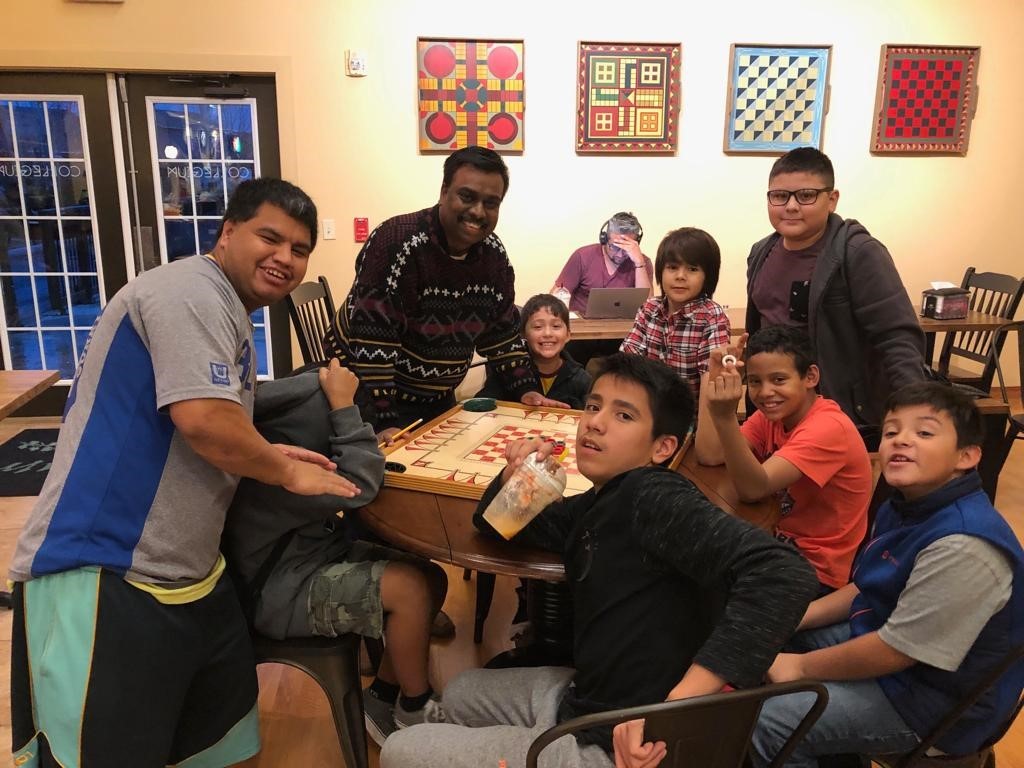 It was another dark, rainy evening in Pasco. Inside the Collegium Café however we had lots of activity. It was noisy, and the kids were excited and in high spirits. This time the excitement was due to the Carroms Tournament. Carroms is a cue sport-based table top game which is extremely popular in countries like India, Afghanistan (where it originated), Sri Lanka, Nepal and Bangladesh. Since it is a hugely popular family game in Asia, I introduced the game at the Collegium Café a few months back. I have been playing this game for many years and so was glad to teach the kids this amazing game. Not long after they embraced the game and kept asking me for a tournament where they could display their skills.

We had a total of 10 participants register for the tournament that was held over two days on the 29th & 30th November 2018. It was a tournament full of excitement as we witnessed an improbable situation change in a matter of few minutes. It was a time when everyone who was watching wanted to be the coach and advice the players. We also witnessed emotions run high like we did last time as some players were not able to cope with their loss.

In the end it was another truly wonderful tournament. The kids had lots of fun and though all of them were good friends they were competitive and played to win. This was another successful indoor tournament we have organized at the Collegium. Tournaments like these give ample opportunity to the kids to come together and do something different, well worth their time and effort. In the age of technology that seems to be dictating the lives of these kids it is nice to explore other meaningful options and be successful at it.