THE AMAZING STORY OF CAESAR MENDOZA 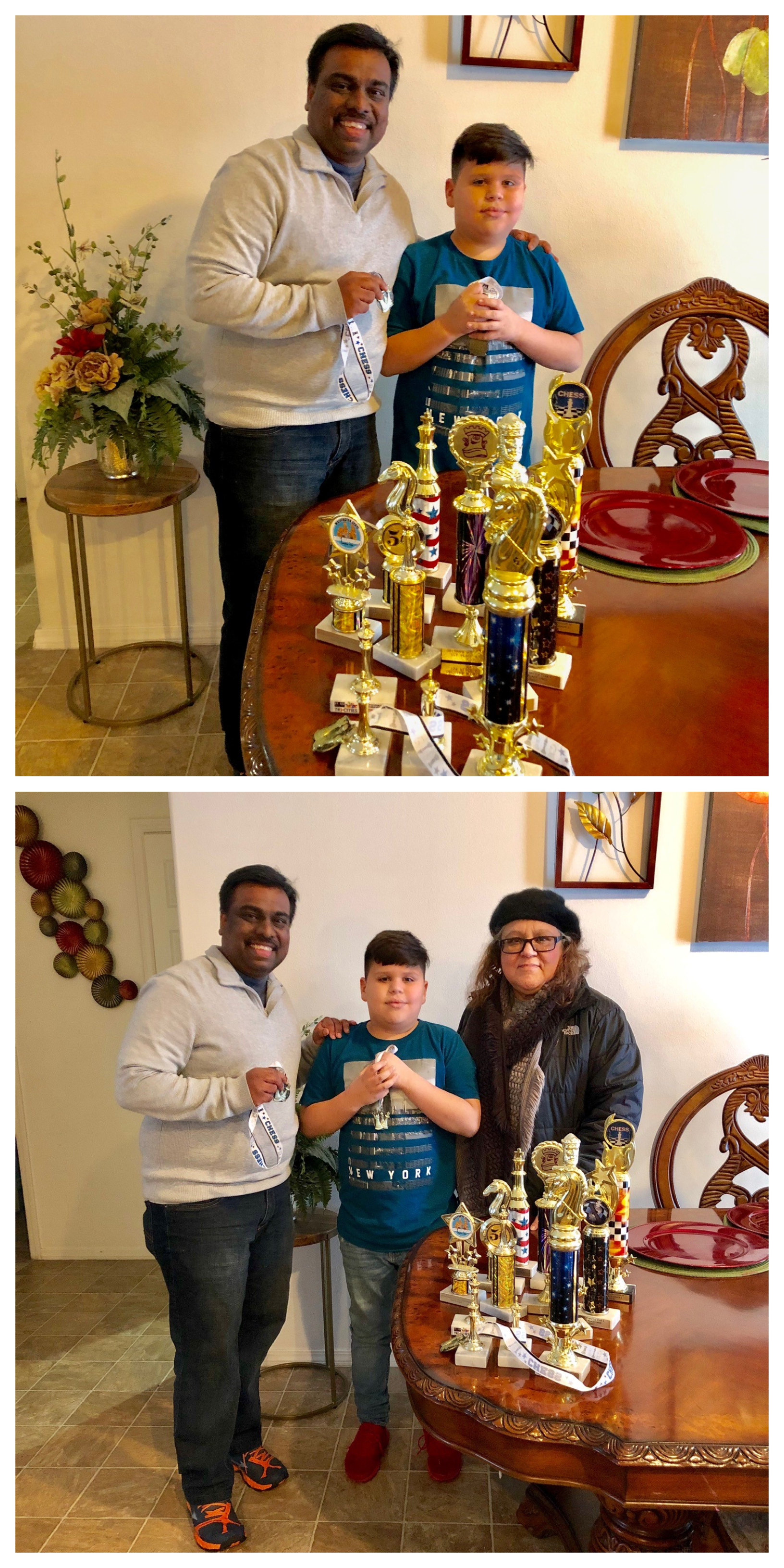 THE AMAZING STORY OF CAESAR MENDOZA

We are all born with unique gifts that God has so generously bestowed on us. It is quite mystifying that it can take years for some of us to realize and fulfill those gifts while for others is can happen over-night!

It is not without a valid reason that I am excited about little Caesar Mendoza’s amazing story. I remember when I first started working for the Center for Sharing in 2017. I had just started the evening program and was recruiting youngsters to be a part of the program. I had a few board games readily available for them and hoped that would attract them. One day I saw this little chubby fair child walk into the Collegium. During a very lively chat he told me his name was Caeser Mendoza and he was 8 years old. I invited him to a game of Chess. He told me he wasn’t very good at it. I told him we could learn from each other. I was able to teach him the basics and Caesar started visiting the Collegium every day to play Chess and buy his favorite snack (Cheetos). He enjoyed playing chess even as his fingers would be covered in red, thanks to the Cheetos.

One fine day about a month later Caesar beat me in less than a minute. I was clueless and asked him for another game of Chess and the same happened. We played about 6 to 7 games and he beat me in less than 5 minutes in all those games. He told me that he has been fine-tuning his skills at school and was committed to getting better. I encouraged him and wished him the best. After that, I did not see him regularly but occasionally, we would play. He continued to beat me-it was embarrassing!  It was only recently thanks to my co-workers from CASA (Adan and Alicia) that I realized Caesar has taken up chess seriously and was busy winning school tournaments all over the Tri-Cities. Last week I had this wonderful opportunity to meet him and his mother at this residence in Tierra Vida along with Alicia. He seemed very shy looking at me but the moment I told him I wanted a picture with him he brought out all the trophies he had won in just over a year’s time. He told me that he was soon travelling to Tacoma for another tournament. I asked him how it felt to be so successful and he just blushed.

Alicia recalled an incident in the past and told me that Caesar was initially interested in Soccer and would practice the game at the Rec center. But she said that he lacked support from him parents and he always yearned for that support. Today his parents are proud and told me that they were committed to supporting him. They now drive him to his tournaments.

This particular story of Caesar Mendoza makes me realize that apart from a stable family, how important it is to be raised in a community that cares and uplifts each other. Caesar always had this gift of Chess in him and all it needed was for someone to ignite that passion in him. The Center for Sharing believes in helping people identify and nurture their God given gifts. We were able to create a space for someone like Caesar Mendoza to realize that love for Chess. All we did was give him a START.