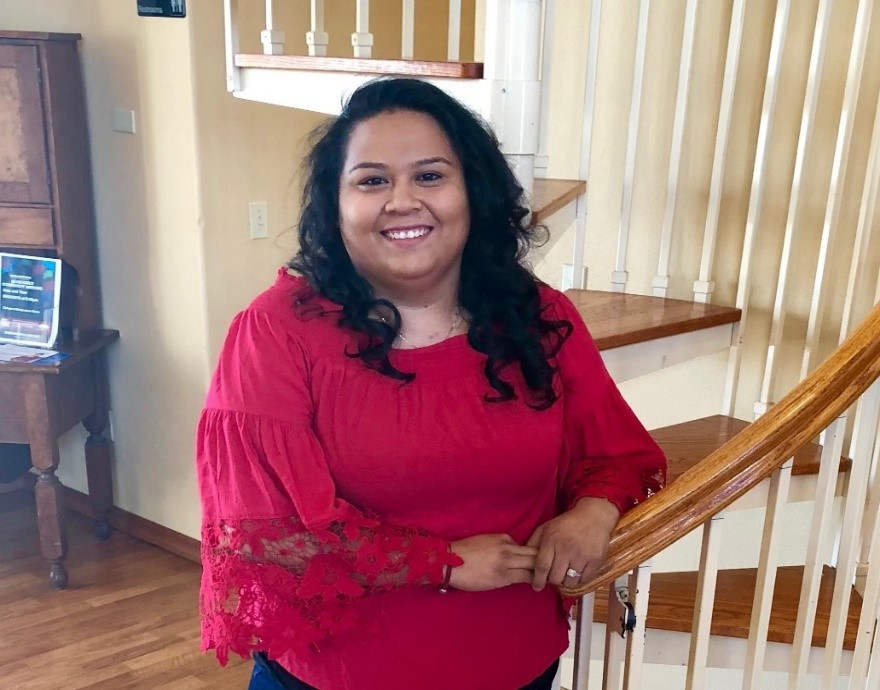 Cecilia Stetson’s has had a long-cherished association with the Center for Sharing. She was raised with her three siblings at the Vista Hermosa community in Prescott, WA. Her parents worked at Broetje Orchards. She endured a turbulent childhood having witnessed her father physically abusing her mother. She was only 3 years old when her parents decided to part ways. However, it was not long before her parents reunited & relocated to Tennessee. Unfortunately, things only got worse as her father continued to abuse her mother who seemed to have prioritized her 3 siblings over her as they needed constant care and support due to unresolved behavioral issues they had.

The hardships continued, and Cecilia was told by friends that would be dead by the age of 21. Her first major relationship was at age 14. This ended on a disastrous note with her boyfriend subjecting her to physical and mental abuse. She approached the Center for Sharing in 2009-10. She was 18 years old at the time and desired to go back to school to revive herself.  The CFS welcomed her warmly and helped her realize that she was not alone-that she was loved and cared for. They helped her get back to school and not too long after she successfully graduated.

She has continued her association with the Center for Sharing and last year reached out to the CFS once again as he encountered some personal problems. She spent a few months in the work readiness program working at the Collegium Café. She recently spoke to us. She recalled how the, Center for Sharing has been such an important part of her life. She said that the people there make sure to let everybody know that they are important, and they can be someone-that they have a voice. I see them as farmers. They see a good seed and they know that seed can grow and become something great. They make sure the seed has a good place to grow and gets all the nutrition it needs. She added that the Center for Sharing helps you learn to love yourself and best of all know reminds you of how much God loves you and is there for you when you feel like no one else loves you. She said that she has been thru a lot but knows that the people at The Center for Sharing believe in her and motivate me to be the best. She confessed that it is the best feeling she could have ever asked for and wished there was more places like the Center for Sharing for people who have experienced trauma, to find hope, connection, meaning and purpose.

Cecilia is presently enrolled in College in California. We wish her the very best for the future.